Man impregnates sister inlaw, while wife gets pregnant for another man.. 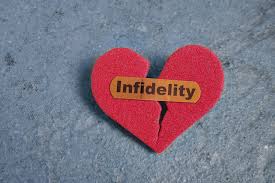 A 12-year old marriage was dissolved by an Igando Customary Court in Lagos on Thursday. The marriage between a certain Francis Stephen,45, and his wife, Ogechi,36, came to a end after he impregnated his wife's sister.
The President of the Court, Mr Adegboye Omilola, said:
“Since the petitioner insisted on divorce after several interventions, the court has no choice than to dissolve the union in spite of the fact that the husband still claims he loves his wife.
“The court pronounced the marriage between Mrs Ogechi Stephen and Mr Francis Stephen dissolved today; both parties henceforth, cease to be husband and wife.
“Both parties are free to go their separate ways without any hindrances or molestation,” the president said.

Ogechi, while speaking in court said her husband whom she had four children with, impregnated her younger sister in 2016.
“When I gave birth, I invited my sister to come and assist me to take care of the child, but I did not know that my husband had established a love relationship with her.
“She confessed to me that my husband was responsible for her pregnancy when I discovered that she was pregnant,” she said.
The 36-year-old housewife also revealed her husband threw her out saying he was no longer interested in the marriage.
“He had accused me on several occasions of poisoning his food and would refuse to eat my food.”
“My husband is a threat to my life; he always drinks to stupor.
“He had threatened to burn me with fuel; in fact, he had used hot pressing iron to burn me.”
She alleged that her brother-in-law also assaulted her sexually.
“My husband’s brother used to touch my breasts and anytime I reported him to my husband, he did not caution him.
The petitioner prayed the court to terminate the marriage.
Stephen on his part accused his wife of infidelity, saying she got pregnant for someone else and tried aborting it.
“I got to know when she got pregnant for one of her lovers and she went for an unsuccessful abortion.
“On that fateful night, she was crying seriously and rolling on the floor that her stomach was paining her. I rushed her to the hospital where it was revealed that she had an abortion that was not properly done.
“Her lover came and he confessed to me that he was responsible for the pregnancy.
“He told me that he only slept with my wife five times, but my wife denied it and said it was only four times and I paid the doctor to do it again.
“Ogechi is also sleeping with her pastor,” he alleged.
He said that his wife accused his brother of assaulting her sexually because he caught her making love to that man that impregnated her on our matrimonial bed.
“I never threw her belonging out nor sent her to her village.
“My wife packed out last Dec. 27, 2016 when I told her we will be going to her village on December 29 for her to tell her parents about her adulterous life.”
Stephen urged the court not to grant his wife’s wish for the dissolution of marriage, saying “I still love her because of the children.”
Posted by Ogugua Obidike at 15:43