Priest Announces on Pulpit That he is Gay, Divorcing Wife And Marrying a Man (Photos) 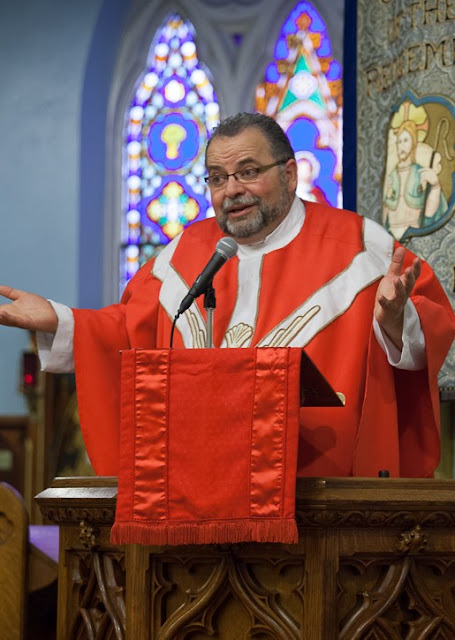 An Episcopal congregation in Queens was in for a big surprise recently when their priest Rev. Juan Andres Quevedo-Bosch, 59, came on pulpit to give Sunday sermon and announced that he is gay. The shocked congregation was further informed that he is divorcing his wife and marrying a younger man.
Rev. Juan Andres Quevedo-Bosch, is the archdeacon of Queens and rector of the Church of the Redeemer in Astoria,
On a Facebook post this week, the Cuban-born prelate announced that he got married in a Los Angeles church.

“I’m in Miami Beach with my new husband. God is good,” he wrote in a caption of a picture on the beach.
According to the New York Post, many parishioners have severed ties to the church after Quevedo-Bosch came out. Many are opting to attend Mass at a satellite church a few blocks away.
“Most of the people aren’t coming anymore,” an elderly woman told the newspaper. “Because he’s homosexual, people have stopped coming.”
However, there are many people in the largely Hispanic congregation who are supporting their priest, especially after he publicly offered to resign, the woman added. A petition was circulated to urge him to stay.
Saturday services have been canceled and attendance continued to dwindle down, the Post reported.
While talking to the Post, Quevedo-Bosch would not answer questions about his former wife Adria or their divorce. He revealed very little about his new marriage to the unidentified man.
“I am aware that there have been concerns regarding my divorce and subsequent remarriage and have been in touch with my bishop and my congregation about them,” he said.
Bishop Larry Provenzano, head of the Long Island diocese, which includes Queens, told the Post that he has been in touch with Quevedo-Bosch “as is customary in personal matters that involve divorce and remarriage.” He said the priest has his full support. “Priests who wish to enter into same-gender marriage are approved to do so in the Episcopal Church and in the Episcopal Diocese of Long Island,” Provenzano said. Earlier this year, the U.S. Episcopal Church voted to allow same-sex marriage in the church. In a Twitter post last week, Quevedo-Bosch said he would be keeping his personal and professional lives separate. 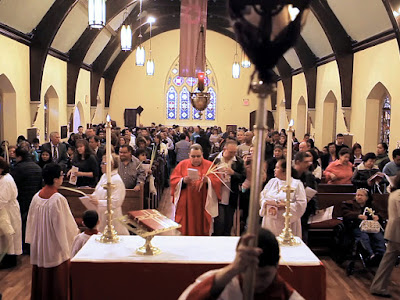