‘My Oga at the Top’: Mr Obafaiye Shem Replaced 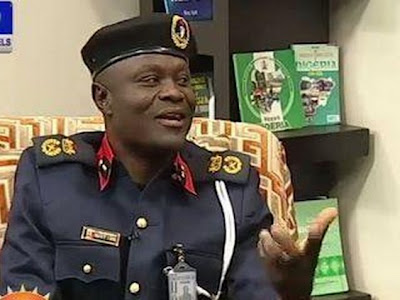 Mr. Obafaiye Shem has been removed from his office as the commandant of the Lagos state branch of the Nigerian Security & Civil Defense Corps. He was replaced by Mr. Adesuyi Clement from Oyo State Command.
The Commandant General of NSCDC, Dr. Olu Abolurin, who was in Lagos weekend over the alleged killing of two of his officers by some policemen, introduced the new Commandant to journalists.
However, he did not give reasons for Obafaye’s removal but sources hinted that Adesuyi took over from the former Commandant Obafaye on Tuesday March 29. The source believed that it may not be unconnected with his recent interview on Channels Television live programme.
Before now, authorities of NSCDC has denied taken any disciplinary action against Mr. Shem over the said interview.