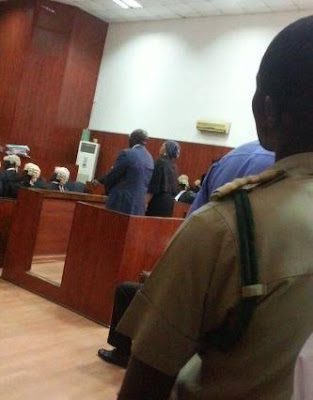 Justice Rita Ofili-Ajumogobia of the Federal High Court and a Senior Advocate of Nigeria (SAN), Godwin Obla are currently being arraigned before Jutice Akeem Oshodi of a Lagos State High Court in Ikeja. The duo are being arraigned on a 30-count charge of conspiracy to pervert justice by allegedly giving and receiving a bribe of N5 million.
According to Leadership, EFCC sources alleged that about $793,800 passed through Justice Ajumogobia's domiciliary accounts between 2012 and 2015 and that the judge allegedly used the money to buy a house in London. 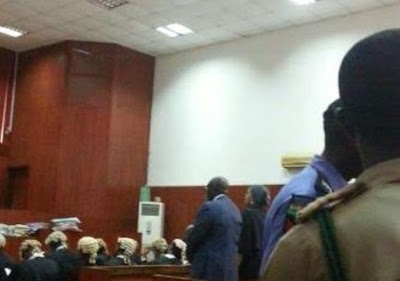 The two accounts, Access Bank (0002649223) and Diamond Bank (0032091183) have since been frozen by the EFCC. Five of the charges are centered on an alleged N5m bribe given to the judge by the senior advocate while the remaining 25 charges are on the huge amounts that passed through the accounts of Ofili-Ajumogobia and her alleged inability to explain her source of wealth.
Posted by Ogugua Obidike at 12:56