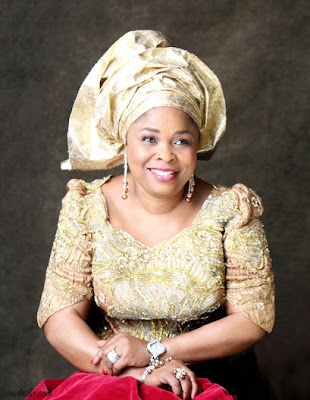 A report written by Punch Editorial Board
Each time the wife of the President, Patience Jonathan, hits the road with her long motorcade, including bulletproof and bombproof limousines, or is having a whale of a time at an event, drivers and commuters who find themselves on her routes always have to live with the bitter experience of the encounter. As police empty the roads of traffic, forcing drivers to wait as her glamorous convoy drifts by, motorists are trapped in traffic for hours on end, while social and economic life of the affected community is brought to a halt abruptly.
The recent visit of Mrs. Jonathan to Port Harcourt, the Rivers State capital, in which her security details forcibly grounded the movement of residents, is the latest of such excesses that Nigerians have been forced to endure for the past three years. This impunity must stop.
Acording to newspaper reports, Mrs. Jonathan’s security arrangement paralysed activities in the Port Harcourt Government Reservation Area for the four days of her visit. Armoured personnel carriers were deployed at two points, while gun-wielding operatives manned the points leading to her private residence. Many people missed their appointments because they were prevented from moving in and out of their houses.
When she came to Lagos last year, on a “thank-you visit” to some women groups for electing her husband president, she enacted a similar repulsive scenario.  During the visit, Lagos residents were subjected to an unprecedented road blockade, which gave rise to an unnerving five-hour traffic that grounded all human and economic activities. The First Lady was attending that event at Ocean View Restaurant on Adetokunbo Ademola Street, Victoria Island.

Mrs. Jonathan’s misdemeanour, which still resonates more than a year after it happened, forced Governor Babatunde Fashola to lament, “Lagosians were needlessly inconvenienced…. It dawned on me the need for public officers generally to be more sensitive to the people we serve. It is particularly worrisome that this (she) is not an elected person. I think we all must check how security agencies use the movement of high officers, especially VIPs, to disrupt citizens and taxpayers, whose money is used to fuel all the vehicles and all the apparatus that we use to block the roads against them. It should not get to the level that we close the roads in the state because VIPs want to pass.” It cannot be said better.
But not long after the ridiculous show of power in Lagos, Mrs. Jonathan headed for Warri, Delta State, where she also caused hardship to residents through her security arrangements.  Needless to say, these foul-ups compound gridlocks on our roads.  On a few occasions, the First Lady has also broken protocol. During President Goodluck Jonathan’s visit to the United States in September 2012, she breached protocol by disembarking from the aircraft before the President, and shaking hands with officials waiting on the tarmac while her husband was still coming down from the plane. The First Lady is setting a bad example for wives of governors.
The position of the First Lady in the United States, from where the convention spread to other countries, is not an elected one, carries no official duties, and attracts no salary. But it glows with much glamour and the occupier is expected to handle the position with sublime grace. In the United Kingdom, the role of the Prime Ministerial Consort is not official and as such whoever occupies the office is not given a salary or official duties. Many of them prefer to remain very much in the background.  Indeed, the late Denis Thatcher once summed up the role of the ideal prime ministerial spouse as “always present, never there.” This is the ideal.
But operating under the loosely-defined, unconstitutional office of the “First Lady,” Mrs. Jonathan has been bringing the highest office in the land into disrepute since her husband assumed full duties as President in May 2010, by her public conduct. Her behaviour – when there is no reason for it – is leaving many citizens who have had their rights trampled on bitter but helpless.
This is not the practice in civilised societies. The basic requirement of civilised democracy is that everyone plays by the rules and that the rules command public confidence. In October 2011, it was reported that a stunned 27-year-old Indian woman was so agitated that she enquired from David Cameron, who chose to travel in a tube train during rush hour, “Excuse me, are you the Prime Minister?” The Prime Minister was reportedly travelling on the London Underground for an appointment.  The United States’ security services offer maximum protection to Michelle Obama while, at the same time, causing minimal inconvenience to other motorists and citizens. It is as outrageous as it is gravely uncivilised for official cortèges to take pleasure in inflicting pains on the people that such officials claim to be serving.
The itinerary of the First Lady can be smoothly planned without compromising her safety and the convenience of the citizens.  Mrs. Jonathan must recognise that power is ephemeral and should learn from the past occupants of the office who history does not favourably remember because they did incalculable damage to the image of the First Family. Fashola, who, as a governor, does not use sirens in his limited convoy, and does not harass other road users, offers a useful lesson in public morality and decorum. Even with the aura surrounding the office of President of the United States, whenever Barack Obama is visiting any part of America, information is fully circulated to the locality well ahead of time, and locals are given alternative routes that cause minimum inconveniences to use.
It is President Jonathan’s duty to caution his wife to stop this regime of offensive illegality that has tainted the Presidency and presented Nigeria in a bad light.