''Who am i to Judge Gay people'' - Pope Francis 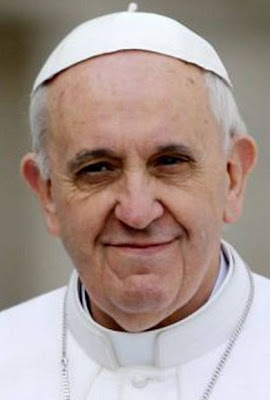 Pope Francis,while speaking to reporters on his flight back from Brazil, his first foreign trip, said he wouldn't judge gay priests for their sexual orientation.
I have yet to find anyone who has a business card that says he is gay. They say they exist. If someone is gay and he searches for the Lord and has goodwill, who am I to judge?
The Catechism of the Catholic Church explains this very well. It says they should not be
marginalised because of this but that they must be integrated into society."
The official position of the Catholic Church on the issue is that while homosexual desires or attractions are not in themselves sinful, the physical acts are
His predecessor, Pope Benedict XVI, signed a document in 2005 that said men with deep-rooted homosexual tendencies should not be priests.
But Pope Francis was much more conciliatory, saying gay clergymen should be forgiven and their sins forgotten.
Posted by Ogugua Obidike at 18:02