Stylist banned for life from all British Airways flights[Photos] 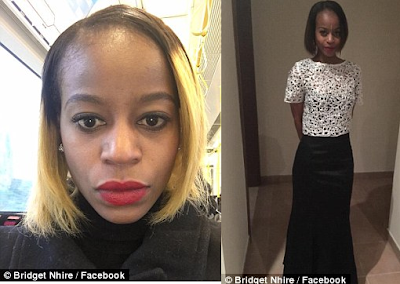 A fashion stylist has been banned for life from all British Airways flights after a 'minor argument' with another customer over stretching her legs on a Dubai plane.
Bridget Nhire, 33, was left in tears when she was handcuffed and escorted off the flight after the passenger behind her complained that she kept walking around.
The humiliated Reiss consultant told the Daily Mirror:

'They strapped me to the seat and put me in plastic cuffs. I have bruises.'
The row took place at 30,000ft on a Heathrow to Dubai flight where the 5ft 3ins stylist was due to visit pals. 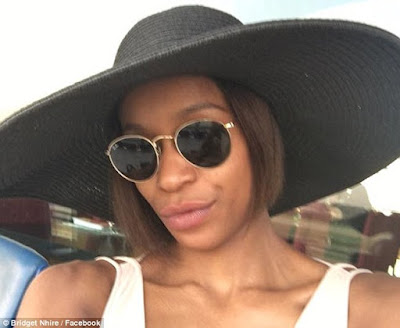 Ms Nhire, from Uxbridge, said:
'He was telling me to sit down and I said "I have the right to get up and walk around for my health".'That ­escalated into a minor argument.'
She claimed the crew then moved her to the front of the plane and alleged that she was being 'aggressive' and 'may have had a little too much to drink'.
She said: 'I had a drink but was not drunk. I had two glasses of wine with my meal.'
Police escorted her from the plane, but freed her without charge five hours later and gave her the life ban - which Ms Nhire has branded an over-reaction
British Airways refused to let her on a plane to fly back home when she went to the airport for her return flight earlier this month.Ms Nhire was left stranded at Dubai International for eleven hours and was forced to call her mother to organize a different flight.
She is demanding £350 compensation from the airline as a result.
Her mother, from Uxbridge, Middlesex, said that BA needed to be held 'accountable' for leaving her daughter stranded.
BA said it undertook a full investigation analysing statements from crew and passengers before taking the 'rare' decision to ban her.
Posted by Ogugua Obidike at 19:16