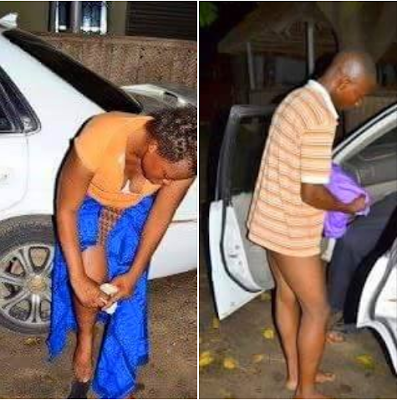 A taxi driver was beaten merciless;ly by his friend after he caught him banging his wife near their house in Lusaka, the capital city of Zambia.
According to reports, the taxi driver identified as Patrick Chanda usually drives his friend's wife to work on a daily basis. He said he was forced to have s*x with her because she failed to pay him for service rendered. His words below;
"After taking her for work in the morning, she told me that she will give me money later in the afternoon after she comes back from work. I agreed because that is the nature of our work. She later called me around 7.30pm to pick her up from Chilanga were she said she had traveled for work and i agreed".
"After picking her up i drove to Lusaka Hellen Kaunda area were she resides and I demanded that she pay me my money i have worked for, Instead she complained that she didn't have money and told me to sleep with her. I tried to insist to just give me my money, but she removed her underwear and squeezed me, It was at this stage when i got carried away and slept with her just in my car" he lamented"