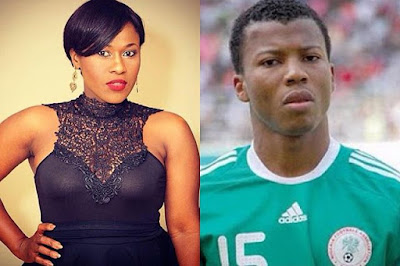 Speaking with Kehinde Bankole of Broadway Africa recently, the ‘Wives on Strike’ actress said:
‘It’s always insulting to me, that line of thought, because even while I was in that
relationship, I had members of his family think some of my cars were his and he has never given me money, which he knows. Never!’, she emphatically stated.
She further clarified:
‘I have been working since I was 14 years old. I personally saw myself through school, not just me, even my younger ones. So, I have always been my own person, I have never needed a man to define me and I have always known that whoever I ended up with is the lucky one.
‘When I walked out of that relationship and said I was done, I wasn’t interested in what anybody was saying. I was done. At a point I said to myself, I would rather invest this time in me and in my company.‘
She however had affectionate words to say about her husband of four years.
‘When I met Kenny and I saw the relationship he had with his mum, I totally knew he was husband material. The way you treat your mum tells a girl how you can treat her,’ she recalled.
‘If you don’t have respect for your mum, you’re never ever going to have respect for your wife.’
Posted by Ogugua Obidike at 12:20