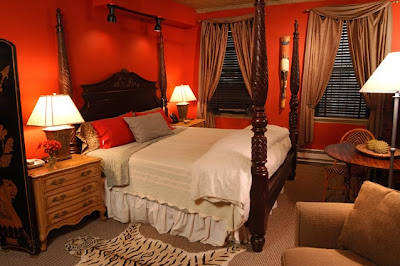 This story might look a little weird. This is because the aftermath of this drama was unbelievable. Continue reading after the cut: A former minister, Demola Seriki was caught with a nollywood actress in a private apartment by his wife, Wosilat Okoya who wanted to take him out on Valentine’s day.
Wosilat, celebrated younger sibling of billionaire businessman, Alhaji Rasaq Okoya was said to have been suspicious of her husband’s movement on Valentine’s day and so she trailed him to a private apartment tucked inside Lekki Phase 1 where she caught him with a top Nollywood actress (namewithheld).
Wosilat had gotten wind of the affair between her husband and the actress via a society lady named Grace who had innocently confided in her.
When she got to the apartment, she made the mistake of confronting the actress as things did not work in her favour and it turned out to be a show of shame for her.
The Nollywood actress was said to have rained abuses on her. “If she’s a responsible housewife, she won’t dare come to look for her husband in a hotel, that’s why I thought her that little sense, more so, she’s also not a saint, we know her chewing gum boys,” she said.
The actress also called her friend who lives not far from the apartment and she came. The both ladies joined forces and insulted Wosilat, accusing her of also sleeping with young boys and snatching Demola from his first and legal wife, Remi.
When the mother of three couldn’t take the insults anymore, she drove off in shame.
The actress who initially came to the apartment in Governor Fashola’s painted taxi in order to avoid prying eyes, also packed her things and left with her friend immediately Wosilat left.
Efforts to get in touch with the Politician, Demola Seriki proved abortive as several calls and text messages were shunned.
Wosilat on the other hand was unreachable as at the time of filing this report.
Posted by Ogugua Obidike at 17:26