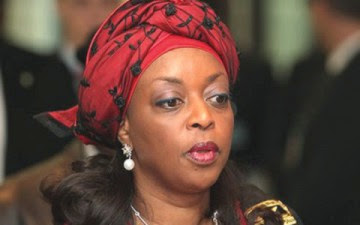 The Presidency has said that it will not probe the allegations of misappropriation of  public funds levelled against the Minister of Petroleum, Mrs. Diezani Alison-Madueke.
The Senior Special Assistant to the President on Public Affairs, Dr. Doyin Okupe said on Friday, that the Federal Government would not set up a probe panel to investigate the minister because the House of Representatives was currently probing her.
Alison-Madueke was alleged to have spent N10bn on a chartered Challenger 850 aircraft in two years for which the House of Representatives is currently probing her.
Okupe said that the Federal Government could not institute a probe panel on matters that had not been substantiated.
Okupe in a telephone interview with Punch in Abuja, on Friday, said since the House of Representatives had started investigating the matter, the right thing to do was to wait for the outcome of such a probe before any further step could be taken.
He said, “The Federal Government cannot set up a probe panel just on things that have not been substantiated as such. The information I have is that the House of Representatives is looking into the matter and they want to invite the honourable minister. Definitely, the right thing is to wait for the outcome of such an interaction before anybody can decide to do anything.”
Though the House of Representatives had assured Nigerians that it would investigate the allegations against the petroleum minister, it  is yet to start the probe one week after it  gave the promise. The House Committee on Public Accounts  was given three weeks to conduct the investigation and produce a report.
But as at Thursday, there was no formal action on the probe and no invitation had been sent out to any government official to appear before the committee.
Posted by Ogugua Obidike at 07:07