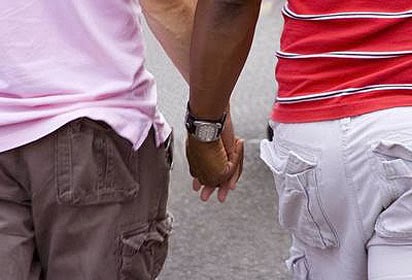 An Anglican church in Abuja on Sunday has made his members take an oath according to Tribune during their swearing-in as members of the Parish Church Council (PCC). They were made to confess that they are not homosexuals or bisexual and if at all they later turn into one while still working for God that may His wrath fall upon them. The church said it decided to introduce this, because things are changing so fast and we now have homosexuals everywhere which shouldn't be so. Below is how Tribune is reporting it.
Anglican Communion has introduced a clause in its constitution subjecting members, who intend to hold positions in church, to take an oath of allegiance to God denouncing homosexuality.
The News Agency of Nigeria (NAN) reported that the public denunciation took place in Abuja on Sunday at St. Matthews, Maitama, during the swearing-in of new members of the Parish Church Council (PCC).
The Vicar of the church, Ven. Ben Idume, who administered the oath to members of the PCC, said the church recognised that those with such sexual orientation needed help and counselling.
“But they would not be allowed to hold any position in church,’’ he said.
It also banned bisexuals from holding any church office.
The text of the vow reads: ``I declare before God and his Church that I have never been a homosexual/bisexual or (have repented from being homosexual/bisexual) and I vow that I will not indulge in the practise of homosexuality/bisexuality.
“If after this oath I am involved, found to be, or profess to be a homosexual/bisexual against the teachings of the Holy Scriptures as contained in the Bible.
“I bring upon myself the full wrath of God and subject myself willingly to canonical discipline as enshrined in the constitution of the Church of Nigeria, so help me God.’’
One of the oath-takers, Mr Lucky Erhaikhuemen, 43, the Vicar’s warden of the church, said two decades ago the oath would have been of no significance in the Church of Nigeria.
“But with what is happening in Western countries and the churches there, there is a lot of pressure on church leaders and members here to compromise the teachings of the church.
“The oath is a guide and warning that those in leadership positions in the church must uphold scriptural teachings.
Posted by Ogugua Obidike at 15:14