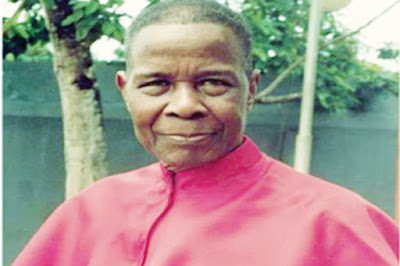 About 144 virgins from the Olum­ba Obu`s fold are warming up to organize a lav­ish banquet for their father in the lord, Leader Olumba Olumba Obu, to mark his birthday which comes up in November.
Speaking to journalists on the theme for this year`s birthday activity, a close source to Olumba Obu, said it would be centered on “World Peace” at the Headquarters of the Brotherhood of the Cross and Star in Calabar.
NationalMirror reports that the Chairman of the Planning Committee, Dr. Goodnews Brown­son, also added that Obu`s birthday marking would attract dignitaries from the Nigeria`s enter­tainment industry like Nollywood stars, captains of indus­tries, business tycoons, academic icons and religious adher­ents from various denominations.
Posted by Ogugua Obidike at 11:19