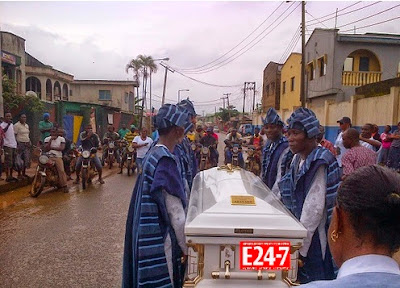 The founder and General Overseer of Christ Revival Victory Chapel International, Prophet Ireti Ajanaku who died August 2013, have finally been buried. Ajanaku was laid to rest yesterday, 17th of July 2014.
His corpse was brought to his church, where the praise and worship leader asked the people of the church to stop mourning because they have come to celebrate him and not mourn him.
Most of them wore a light Blue shirt with the inscription, ‘God of Ajanaku is Alive’ and the picture of the deceased conspicuously displayed in the front.
Though some of his church members couldn’t hold back their tears, a lot of people were however surprised when his wife, Joy who says her husband is not dead but now lives in her, yelled and cried,   rolling on the floor and screaming her husband’s name as people around tried to console her. It will also be of note that, during the burial service, no one referred to the prophet as ‘late’.
More pictures after the cut courtesy of E247magazine. 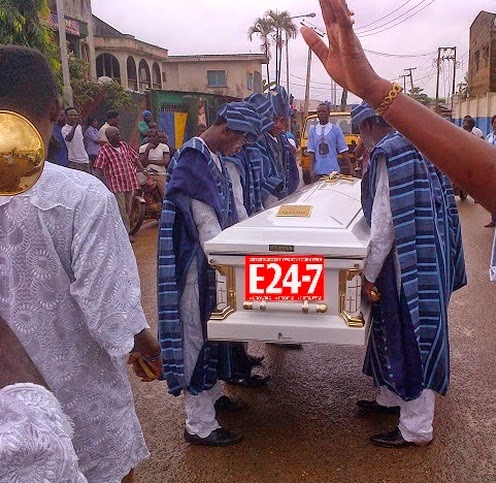 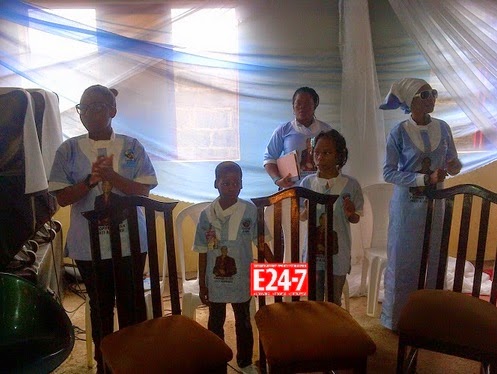 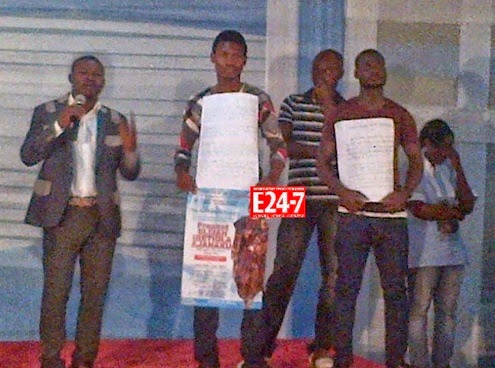 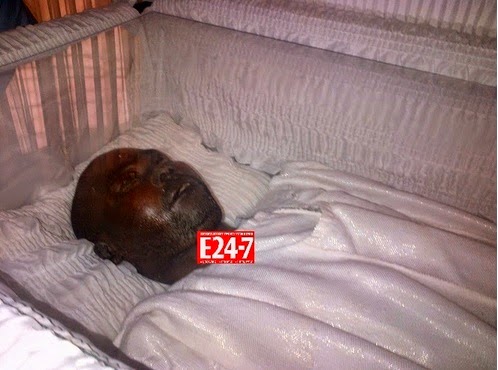