Man Impregnates Elder Sister And Says It Was A Mistake! 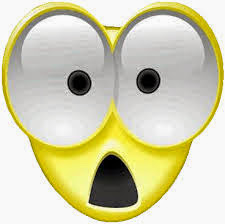 A 25-year-old man, Shamsu Isa, has told the Kano senior magistrates’ court No 25 sitting in Nomans-Land, that he impregnated his 27-year-old sister, saying “the act was a mistake.”
According to the ward head of Takalmawa quarters in Kano, a report was made to the police that Isa was having  sexual intercourse with his elder sister.
Nigerian Tribune found out that in the charge sheet filed against the accused before the court, “incest was contrary to Section 390 of the Penal Code Law.
“On July 4, the ward head of Takalmawa quarters reported at Jakara Division that on July 1, you, Shamsu Isa had sexual intercourse with your sister.”
However, the  prosecution told the court that his sister, Naima Isa, aged 27 was pregnant, adding that she had a feeble mind.
While responding to the allegation slammed against him, the accused told the court that it was true.
“All that has been read against me is true, it was a mistake.”
The prosecutor, Ibrahim Abdulrazak, told the court that it lacked jurisdiction to preside over the matter and applied for an adjournment, saying it would enable the police conclude investigation of the case.
Senior Magistrate Ummi Sani Kurawa, while delivering her ruling, ordered that Isa be remanded in prison custody, as she adjourned the matter till August 4 for mention.
Posted by Ogugua Obidike at 17:58