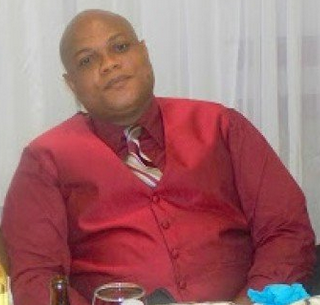 No fewer than 59 people who had contacts with Mr Patrick Sawyer, the Liberian who died of Ebola Virus in Lagos State, the state government has said.
Dr Jide Idris, the Commissioner for Health,  said at a news conference in Ikeja that the contact tracing became imperative to ascertain any possible transmission of the virus by the victim.
Idris said the identified contacts comprised  44 hospital and 15 airport contacts, including  the Nigerian Ambassador to Liberia.

He said 20 of the contacts had been screened and that none of them had so far been found to be infected with the virus.
The commissioner, however, said the contacts did not include those he might have been with on his flight to Nigeria on July 20, as the airline had yet to release the passenger manifest for investigation.
“The airline manifest has not been provided by the airline as at the time of this report and therefore, the precise number of passenger contacts is yet to be ascertained, especially as two flights were involved (Monrovia-Lome and Lome-Lagos).”
The commissioner urged Nigerians not to entertain fears about Sawyer’s case as the state and Federal Governments were doing everything possible to prevent any risk to the country.
Idris said that the deceased’s body had been decontaminated, using 10 percent sodium hypochlorite and cremated with the permission of the Government of Liberia.
“A cremation urn has been prepared for dispatch to the family. The vehicle containing the remains have also been decontaminated while the hospital in which he died on July 25 has been demobilised.”
Idris said that The state Ministry of Health had designated an isolation ward at the Infectious Disease Hospital, Yaba, for case management, adding three  other centres were under way.
The commissioner urged residents to report people with abnormal cases of bleeding and fever to the appropriate  authorities for intervention, as high fever with bleeding from all body openings were symptoms of the disease.
Idris also urged residents to always keep their environments clean and maintain good personal hygiene as  Ebola virus spreads easily in dirty environments.
Also speaking, Prof. Abdul-Salami Nasidi, the Director, National Centre for Disease Control (NCDC) warned against the consumption of bats and monkeys as these animals had been established to be the original sources of  Ebola.
“This is time for those bat-eating and monkey-eating communities to be careful now. Ebola started from the eating of  chimpazees. How the virus got to the monkey, nobody knows yet.
“But this is the time to be careful about  the eating of monkeys and bats. The Ebola threat is high in West Africa and people should start taking precautions.”
In a remark, Prof. Oyewale Tomori, the President of the Nigerian Academy of Science, also warned  Nigerians against the unsupervised burial of people who died from suspected Ebola case.
He said 40 per cent of cases in high risk countries were transmitted from victims’ bodies, stressing that an Ebola corpse was deadlier the patient.
On her part, Mrs Yewande Adeshina, the Special Adviser to the  Governor on Public Health, urged traditional healers to collaborate with the government in checking Ebola threats by reporting suspicious cases for the right intervention. [NAN]
Posted by Ogugua Obidike at 21:57