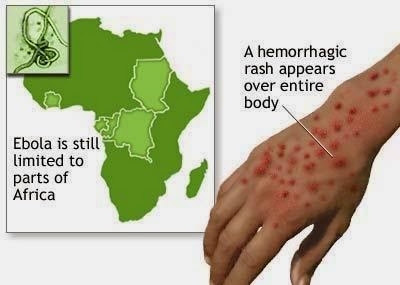 The deadly Ebora virus has sadly been discovered in an hospital near Obalende, in Lagos State. A Liberian man in his 40s is being tested for Ebola virus in Lagos, according to Reuters.
The Lagos State Health Minisiry confirms the story today Thursday 24th July 2014.
Ebola has killed over 632 people in Guinea, Liberia, Sierra Leone since the outbreak in February.
This is the first record of the deadly disease in Nigeria, Africa’s biggest economy, with over 170 million people.