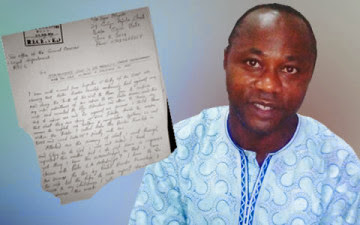 A United Kingdom-based Nigerian, Ayadi Moniaye, has accused the Jubilee Parish of the Redeemed Christian Church of God in Manchester of turning his ex-wife against him which eventually ended their marriage.
Moniaye, who said he got married to his wife in 2000, said the marriage packed up in 2009 after years of domestic violence. Because according to him, a group in the parish taught women how to get the support of the UK immigration policy by abusing their spouses.
He said:
“Nigerian women in the UK were brainwashed by the group to abuse their husbands so they can claim their husbands’ property and exploit the UK immigration policy to their
advantage. I challenged the church, telling the coordinators of the programme that the Bible did not support such practice. Unknown to me, my wife was part of it.”
Punch reports Moniaye said his wife assaulted him on many occasions, but he did not retaliate which got her frustrated.

Moniaye said:
“On one of such occasions, she injured me. She later called the police to drive me out of the house. When the police got to our home, they met the children around me, consoling me, and because of what they saw, they could not drive me out of the house.
After series of such unprovoked attacks, my wife admitted that she was maltreating me to get me out of the house.”
Moniaye showed the Punch correspondent documents detailing his ordeals in the UK, including an alleged accusation by his wife that he was mentally unstable. The allegation of mental instability was, however, rejected by a document dated June, 2010 and issued by one Dr R.A. Jones of Manchester Mental Health.
The document read in part:
“As far as I am aware, our Team Manager, Emma Hinchcliff, has also contacted the Children and Families Social Services to outline our thoughts that there is no evidence of you suffering with a major mental illness at present.”
Another document by one Mama ‘Toro, an elder in the community, dated February 2011, read that Moniaye had been beaten several times by his wife.
Moniaye told our correspondent that although he had been separated from his wife, he was concerned about the negative impression such incidents were creating for Nigerians. He said all efforts to get the matter to the attention of the General Overseer of the church, Pastor Enoch Adeboye, had been rebuffed by protocol officers.
I am deeply concerned about the way women are portraying the image of this country to the outside world. And it is unfortunate that the church would be used as a platform for this. My concern is how we can correct this impression,” he added.
PUNCH Metro contacted Jubilee Church, Manchester, through its official telephone lines.
An official of the church told our correspondent that the pastor would not respond to the allegation.
The official, who did not give his name, said:
“I can tell you that the pastor will not want to talk about it. But I appreciate the call and will pass your message across to him.”
It was learnt that police in Manchester, which investigated the case, sent a feedback to Moniaye.
The reaction reads:
“Inspector O’Reilly followed up the allegations you made, and on one occasion he attended the church on Hyde Road to verify your story. He spoke to the pastor, who told him that they found you to be intractable and not only did they not confirm your account, they stated that they were concerned for you and prayed for you.”
PUNCH Metro visited the national headquarters of the RCCG at Oyingbo, Lagos, where he met one of the church pastors. He directed our correspondent to the Redemption Camp on the Lagos-Ibadan Expressway, saying matters of such magnitude were usually addressed there.
The Chief Legal Officer, Pastor Ayodele Oladeji, said:
“Yes, a letter has been received at our office here, written by Moniaye, requesting to see Daddy G.O., and we are treating it. I want to assure you that even those who write to Daddy G.O. on ordinary piece of paper receive attention. We will investigate this and know what happened.
We have all the documents which Moniaye has submitted to us. He will get a redress of his case with a little patience. We ourselves could feel his pulse with facts on the documents. But you know for now it is still one sided until we get the other side (from the UK church).”
Posted by Ogugua Obidike at 08:06