Outrage as Pastor Ighodalo Boast That He Can Cure Ebola Virus ! 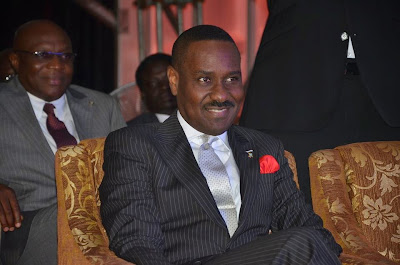 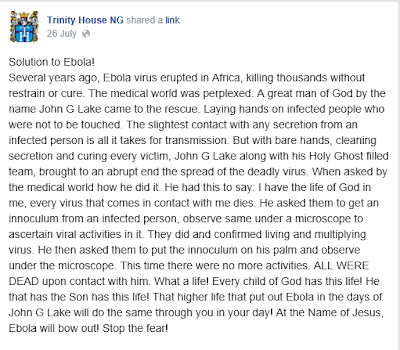 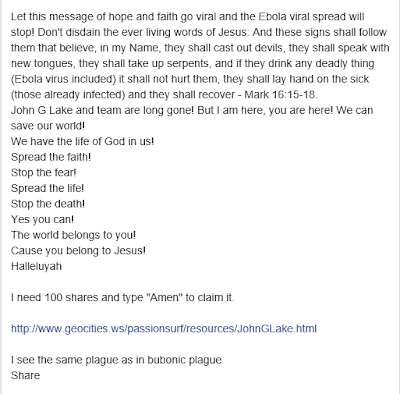 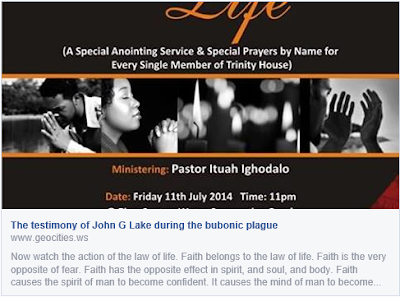 Pastor Ighodalo of Trinity House is in the news,  the suave Pastor made a new revelation that God’s “anointing” and the “living words of Jesus,” were all that are needed to cure the deadly Ebola  disease.

He is drawing inspiration from the late Canadian–American Pentecostal pastor, John D. Lake, who, according to him, cured those infected by the virus. He says he can perform the same feat as Lake who reportedly laid hands on some Africans infected by the Ebola virus and healed them.
However, Ighodalo’s claim attracted angry reactions from Nigerians who accused him of misleading members of the public on the dangers posed by the deadly virus. Which is capable of putting more Nigerians at risk of contracting the virus.
In the comments dropped on his Facebook page, which have now been deleted, an obviously enraged respondent, Oyenuga Lanre-Paul, described Ighodalo’s cure to Ebola as a “suicidal prescription” adding that the clergyman should immediately pull down the post from his Facebook page. Lanre-Paul challenged
Ighodalo to embark on a “journey of salvation” to Liberia, which is currently plagued with the virus and test the efficacy of his cure.
He said:
“Ighodalo has prescribed his solution to Ebola virus: laying of hands in faith on those afflicted with the incurable virus! He has, however, failed woefully by biblical standards, by not personally walking his talk: he should demonstrate his faith!
Let Ighodalo and his band of followers embark on their ‘journey of salvation’ to Liberia and begin to cure by laying their hands on those afflicted with this virus. This is certainly a sure deal for him and his followers, as their success will earn them fame here on earth and a pride of place in heaven. Until Ighodalo’s faith shows proof, may I request he pulls down his post and stop teaching us this nonsense?”
Another Nigerian, Ruona Meyer, said Ighodalo should desist from further endangering lives with his said Ebola cure.
''Pastor Ituah! Do you know that this (Ebola outbreak) is so serious that Liberia made it criminal to hide patients and refuse to report Ebola cases? Why are you using your position to say what can make others refuse to get the help they need? I am disappointed,” she said.
Also, a self-employed businessman in Iboro, Ogun State, Adegbenro Makinde warned that the cure being propagated by the cleric was misleading and capable of sending gullible Nigerians to early graves. Makinde stated that though God is reputed to be “omnipotent and omniscient,” He demands that human beings exercise their discretion on issues as sensitive as the Ebola outbreak.
“Any human being that stretches his hand beyond his protective range will not receive any direct help from the Light. Jesus never jumped from the cliff even with His authority and power over death,” he said, warning Nigerians to be wary of Ighodalo’s Ebola cure.
Posted by Ogugua Obidike at 12:15