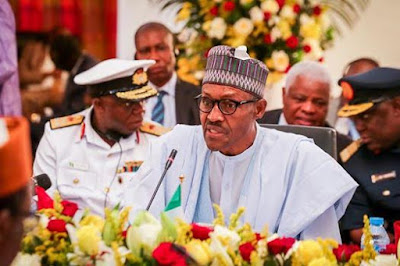 President Buhari today rejected the proposed rotation of the Commander of the Multi National Joint Task Force, a team of military officers drawn from Chad, Cameroon, Niger and Nigeria with the main objective of fighting against Boko Haram in the region. While addressing heads of government from these countries in Abuja this morning, Buhari said the rotation of the head of the commander of the MNJTF will undermine the capacity the military capacity to sustain the push against the insurgents.
He advised that Maj.-Gen. Tukur Buratai (Nigerian), who is currently heading the team should be allowed to remain as the commander for the period of the war
"While I agree that this is a joint operation with shared responsibilities, I am, however, of the opinion that military operations that are subjected to rapid turnover of command and control structures, six months duration, as it is being proposed in the documents before us, do not augur well for effectiveness and efficiency. Such a process will undermine, even if it not intended, the military capacity to sustain the push against the insurgents, who also have the uncanny ability to adapt and rejig their operational strategies. I am inclined, on account of the above, to suggest for your excellencies’ consideration that Nigeria retains the position of the Force Commander of the MNJTF for the period of the war effort. This command will be to the effectiveness of military strategy, since Nigeria will be providing the bulk of the troops and the main theater of the war is on Nigerian soil.” he said
He promised to redeem Nigeria's pledge of $100m for the re-launch of the Multinational Joint Task Force which will be based in the Chadian capital, N'Djamena. 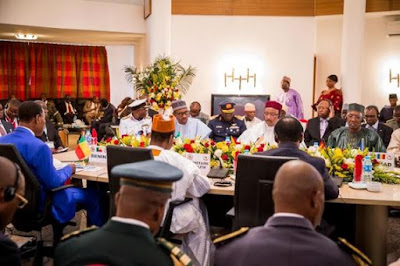