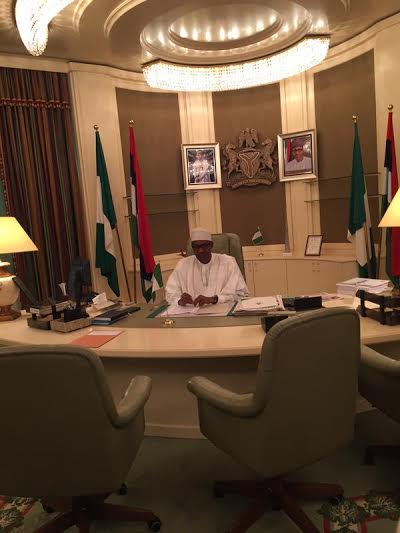 President Muhammadu Buhari has ordered the removal of all military check points nationwide and has directed that police should take control of internal security.
Addressing State House correspondents after‎ a meeting between the president and service chiefs, the Permanent Secretary in the ministry of defence, Alhaji Ismail Aliyu said the president directed the security chiefs to liaise with the Police on taking over internal security.
According to the Permanent Secretary, the meeting with the security chiefs was to give them the opportunity to brief the president on the implementations of recent decisions reached on the fight against insurgency.
He also said that the military high command briefed the president on the relocation of the command centre to ‎Maiduguri as directed by the president on the day of his inauguration.
Posted by Ogugua Obidike at 18:48