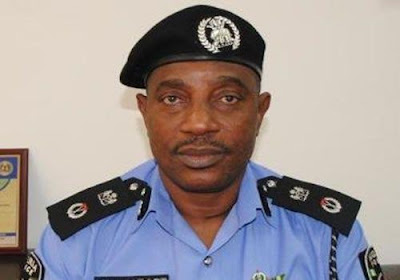 The Inspector General of Police, Mr Solomon Arase says that in all the public institutions Nigeria has, the police has the least corrupt officers. Mr Arase said this while speaking at the annual symposium during a Feast of Barracuda organised by the National Association of Seadogs yesterday June 7th. The IGP was represented at the event by the Commissioner of Police, Federal Capital Territory, Mr. Wilson Inalegwu.

"The Nigeria Police has the capacity to investigate any corrupt case under the laws, either the Criminal Code law or the Penal Code law. The Police has the competence and the capacity to investigate corrupt cases. The Police management under Solomon Arase is doing everything possible to eliminate corruption and has taken practical steps leading to that. Once corruption cases are given to the police, the cases must be investigated. The Police is the least corrupt officers in every organisation because it has an in house way of dealing with the issue of organisation, trying officers, arresting officers who engage in corrupt practices. I think you can hardly find institutions that is like Police taking practical steps to deal with corruption, all I want to say by way of challenge is have confidence in the Police.” he said
Posted by Ogugua Obidike at 09:57