Married man arrested for having 15 mistresses(Photos) 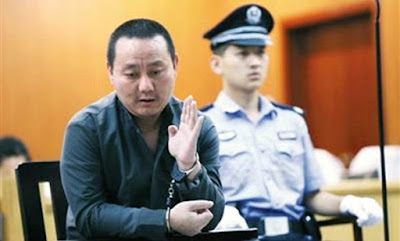 A Chinese man has been arrested for having 15 mistresses and taking money from all of them.
Tian Fusheng, who is married and has a 18-year-old daughter, allegedly dated more than a dozen of women - including two sharing the same dorm - and swindled 350,000 Yuan (£35,500) out of them during the last four years.
According to People's Daily Online,the unemployed man, 40,met his mistresses, who are all university students, through online chatting platform QQ.
He would then invite the young women to his home, have sex with them and promise to marry them.Three of the 15 women are reported to have got pregnant by him
He identified himself as a 28-year-old CEO of a luxury fashion company, who held two Master's degrees from top universities in China.
But in reality, Tian is unemployed, unhappily married and has a 18-year-old daughter, according to his father.He allegedly got money from the women by saying his business had cash flow problems, and that his mother was terminally ill.
Things began to unravel for Mr Tian when two of his girlfriends turned up at his home in June last year at the same time while he was out. When they got chatting they were shocked to realise they shared the same boyfriend.
Using the website QQ, the two young women were then able to find other women who had also been dating the man.
Two of the victims share the same dorm in their university, but they didn't know they were dating the same guy who was married.
The furious women decided to go to the police to have the love rat arrested for fraud. 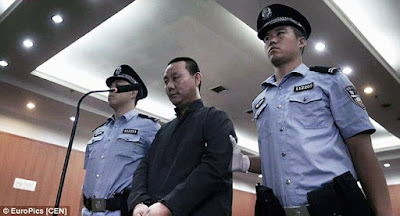