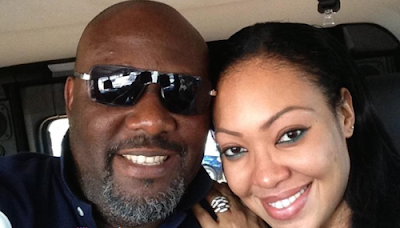 A SaharaReporters investigation into the alleged unlawful bank accounts being operated by Senator Dino Melaye has revealed more details about his transactions in the United States, including the use of one of the accounts for a tattoo removal of his ex-wife’s name from his body.
During the weekend, SR broke the story that long after he became a Senator of the Federal Republic of Nigeria, Mr. Melaye continued to operate a checking and savings account with the bank, in violation of Nigeria law, a report he has not denied. Read that here if you missed it.
They reported that the accounts were opened in the state of Maryland under the name Daniel Din
Melaye.  SaharaReporters also learned that, in violation of US law, he opened the accounts under CampusEdge, which is exclusively reserved for students, thereby masquerading as a student.
In a series of Tweets and stories on Saturday and Sunday, SaharaReporters reported that transactions on the bank accounts continued while Dino served as a Senator.

Nigeria’s Code of Conduct Bureau strongly and clearly prohibits the use of foreign accounts by elected and public officials.
One transaction on Mr. Melaye’s Bank of America debit card is an approved payment to the New York based Schweiger Dermatology for $1,000.  The company describes itself as a medical and cosmetic dermatology service offering a variety of skin healthcare needs.
Mr. Melaye has repeatedly dodged questions that he operates these bank accounts, despite evidence SaharaReporters has provided including transaction dates, bank statements, card numbers, and location of the transactions.
Contacted by a SaharaReporters correspondent about Mr. Melaye’s financial transactions with the company, an associate with the company confirmed to SaharaReporters that “a man with the name Dino Melaye paid for a tattoo removal on September 1st,” adding: “his payment was paid directly in the office on the day of the procedure.”
It would be recalled that on August 31, Mr. Melaye was one of three Senators who accompanied Senate President Bukola Saraki to New York to participate in the 4th United Nations Conference of Parliamentary Heads at the United Nations, placing him on ground in the city on the date of the dermatological procedure.
Senators Andy Uba, Bukola Saraki and Dino Melaye are attending an IPU conference in New York
According to LegisReports, the other Senators involved on the trip were Andy Uba and Shehu Sani.  They were accompanied by the Special Adviser to the Senate President on Economic Matters, Dr. Uchendu Okoye, and a Special Assistant on Public Partnerships.
With reference to Mr. Melaye’s denial of the tattoo procedure, the Schweiger Dermatology associate pointed out that in addition to the credit card evidence, there are file photos of his procedure in his file.
“I can see that there is a man in the photos getting a tattoo removed from his upper arm, near his shoulder, ” the associate said.
Their correspondent then inquired what the tattoo was that he was removing, to which the associate replied, “It is a person’s name, the name is ALERO,” spelling A-L-E-R-O for their correspondent over the phone.
Our correspondent further learned that it was impossible for someone else to have made the transaction on Mr. Melaye’s card because Schweiger Dermatology only accepts a credit card payment if the card user has a proper ID which matches the name on the credit card.
It is common knowledge that Mr. Melaye was briefly married to a Mrs. Alero Falope before their matrimony ended in 2014 amidst allegations that he had physically abused Alero over the course of their marriage.

Before then, Mr. Melaye was involved in a messy adultery case when Nollywood actress Bisi Ibidapo Obe accused him of being responsible for her pregnancy.  In response, Mr. Melaye’s wife, Tokunbo, took to Twitter and accused him of lying.
"You have a Masters degree in lying, but I have a PHD in detecting bullsh*t!” she wrote, among others.
She also told her husband, "Trust is like paper…Once it’s crumpled, it can’t be perfect again. There's a limit to what one can take, if you keep piling load on the camels back, there comes a point that back will surely break!”
And then she advised Mr. Melaye, “Never lie to the girl of your life, for the girl of the night.”
The revelation of Mr. Melaye’s recent tattoo removal in New York, using a bank account domiciled in the United States in violation of Nigeria law, comes less than 48 hours after news of these accounts was revealed by SaharaReporters. Mr. Melaye has since vowed to send SaharaReporters publisher Omoyele Sowore to jail.

Mr. Melaye is one of the strongest proponents of the anti-media bill in the Senate, and has cited SaharaReporters in that connection several times, accusing the publication of “insubordination”.