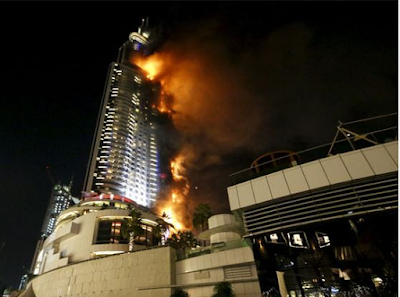 A huge fire has broken out in a hotel in Dubai ahead of tonight's New Year's Eve celebrations.
Pictures shared on Twitter shows the Address Downtown Dubai hotel engulfed in flames.
The fire is said to have started on one of the hotel's balconies.They have also said no one was hurt in the blaze.
Ali Al Mutawa, of Dubai's Civil Defence, told 7Days UAE:
'We have controlled 65 per cent of the fire in the hotel and no casualties have been seen so far after evacuating the hotel.'
The fire, which is only on the outside of the building, started on the 20th floor.More pics after the cut... 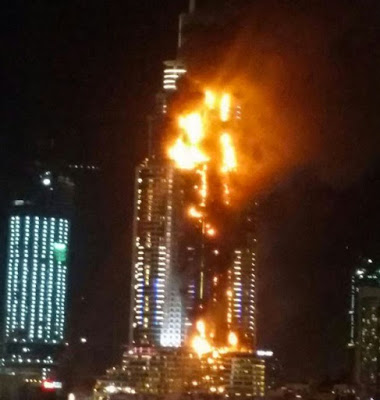 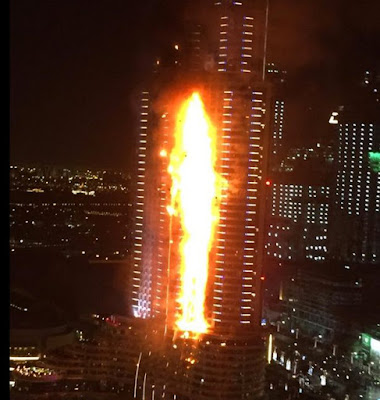