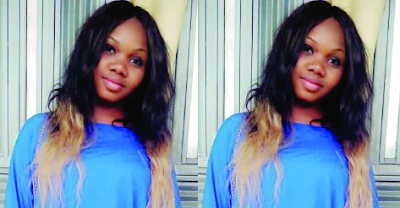 A student of the Obafemi Awolowo University, Ile-Ife, Osun State, Bak-Abasi Umoh, who went missing for 10 days in the state, has been found.
Her mother told a Punch correspondent over the phone that she returned to Ile-Ife, Osun State on Tuesday, December 22.
“She told us she was robbed of her phone and all the money she had,” her mother, Elizabeth, explained.
The girl’s mother said she was thankful that no harm had come to her daughter after being incommunicado for 10 days.
Saturday PUNCH learnt that when her family in Port Harcourt, Rivers State, could not reach her on the phone, they called her school friends, who said the last time they saw her on campus was on December 12.As of the time our correspondent spoke with Bak-Abasi’s mother on Wednesday, she said her daughter was already on her way back home from Ile-Ife.
Her parents have been tight-lipped about the details of what really happened to her and where she was for those 10 days.
Meanwhile, the Law students’ association of OAU said it has no evidence that she is a member of the department.
According to the President of the Law Student Society, OAU, said in a post on Facebook,
“The news about this lost lady has been a subject of concern for Ife Law students as she claimed to be part of us but all evidence shows she is not.
“Our concern was only that a Nigerian was lost and needed to be found rather than a Law student. I salute the effort of the entirety of the law students for the love and concern in the search.”
Posted by Ogugua Obidike at 07:25