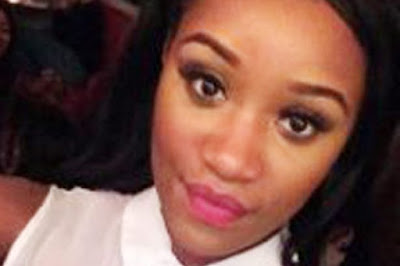 A teaching assistant stamped on the stomach of his heavily pregnant ex-girlfriend to kill their unborn child which she refused to abort.
Kevin Wilson was allegedly angry that Malorie Bantala had ignored his pleas to get rid of the baby so he recruited a teenager to help him beat the foetus to death.Malorie, 22, was eight months pregnant when Wilson, also 22, and the youth allegedly ambushed her just yards from home in Peckham, south east London in June.

Disguised in motorcycle helmets, they deliberately targeted her stomach, leaving the shop assistant with life-threatening injuries.
The baby boy was delivered stillborn by emergency Caesarean section at 32 weeks.
When emergency services arrived, she told police that her child’s father’s was responsible, saying: “He doesn’t want the baby.”
Malorie suffered broken bones in the hand she had used to try to shield her baby from the onslaught.
The court heart the pair slept together in November last year after staying friends following a short period in a relationship.
The following month, she told him she was pregnant and Wilson reacted by saying he was not ready to be a father. And when told she had decided to keep the baby, he cut her off but rang back to ask: “Why are you doing this to me?”
Wilson went on to arrange a visit to an abortion clinic but became angry when she still refused to end the pregnancy, accusing her of being “selfish”, the jury was told.
Wilson and a 17-year-old youth who cannot be named for legal reasons, are accused of causing grievous bodily harm to Malorie and child destruction.
Posted by Ogugua Obidike at 08:31